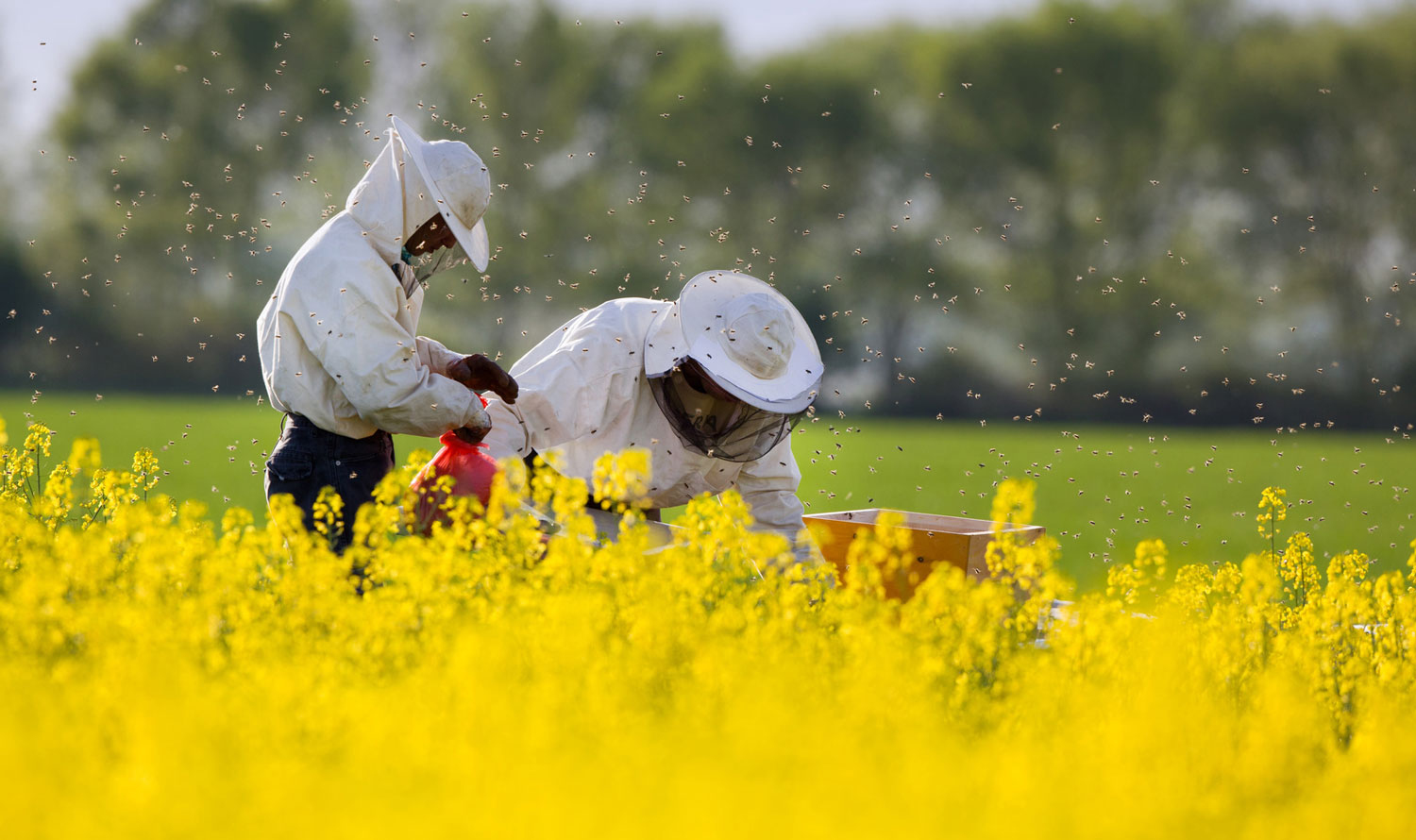 Flying insects constantly face the challenge of choosing efficient, safe and collision-free routes while navigating through dense foliage. We examined the route-choice behavior of foraging honeybees when they encountered a barrier which could be traversed by flying through one of two apertures, positioned side by side.

When the bees’ choice behavior was averaged over the entire tested population, the two apertures were chosen with equal frequency when they were equally wide. When the apertures were of different width, the bees, on average, showed a preference for the wider aperture, which increased sharply with the difference between the aperture widths. Thus, bees are able to discriminate the widths of oncoming gaps and choose the passage which is presumably safer and quicker to transit. Examination of the behavior of individual bees revealed that, when the two apertures were equally wide, ca. 55% of the bees displayed no side bias in their choices. However, the remaining 45% showed varying degrees of bias, with one half of them preferring the left-hand aperture, and the other half the right-hand aperture. The existence of distinct individual biases was confirmed by measuring the times required by biased bees to transit various aperture configurations: The transit time was longer if a bee’s intrinsic bias forced it to engage with the narrower aperture. Our results show that, at the population level, bees do not exhibit ‘handedness’ in choosing routes; however, individual bees display an idiosyncratic bias that can range from a strong left bias, through zero bias, to a strong right bias. In honeybees, previous studies of olfactory and visual learning have demonstrated clear biases at the population level. To our knowledge, our study is the first to uncover the existence of individually distinct biases in honeybees. We also show how a distribution of biases among individual honeybees can be advantageous in facilitating rapid transit of a group of bees through a cluttered environment, without any centralized decision-making or control.